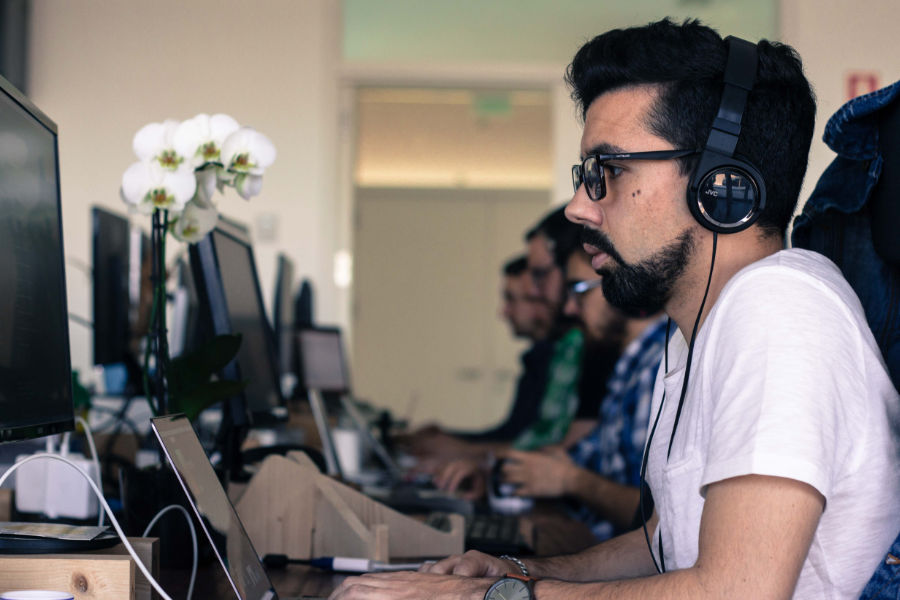 The success of any data-driven project relies on focusing either on the direct display of data - in the form of graphs, charts and cards - or on the insights derived from the analysis - in the form of alerts, comparisons and suggestions. This focus is of paramount importance for creating actionable data, because what your team may want in terms of data, may differ from what is actually available.

If we take a step back in the overall process, a project usually starts based on assumptions, and investigating the data is seen as a secondary task.

This causes a few problems: starting design work before actually having access to the data may result in extra work for those involved. They may have to redo some parts due to edge cases that were not considered, or ‘outlier’ data that was not addressed.

So before starting any data-driven project, you need to first interrogate the idea and concept. Not only is this to find out how value can be added to the data being collected, but it’s also to really assess what data is available. Some projects additionally have very specific technical requirements, as is the case with those based on engineering data (e.g. power or water measurements), but as data engineers and scientists can’t be experienced in every single data source and industry, they have to adapt and study the problem upfront in order to be able to fully understand the data and then retrieve, manipulate and analyse it effectively and correctly. As an example, we had a project involving a battery of condensers, which we knew nothing about! So it was mandatory to understand the goal of this battery, the problems associated and also, importantly, the physics behind the respective creation.

You also need to take into account that, even if you have access to the data and presume to understand it, it is very likely that a number of surprises will be lurking. For example, real data taken from meters frequently displays unexpected behaviour, as there are a number of factors influencing it. So expect the unexpected!!

Here’s another example: a project involved checking if there was power detected in one of three sites, while the remaining two would be disconnected from energy sources. Of course, there was the odd time where power was detected in more than one site. This could have been caused by any number of reasons, including user, labelling or metering errors.

In a project we recently completed, an innovative approach presented itself that avoided a number of the problems usually associated with data-driven projects. This involved the introduction of “data mock-ups”.

The data mock-up was intended to bring together all of the possible information from the characteristics of the data, whilst at the same time trying to adhere to all the client requirements. As this job also required a full understanding of the client’s desired features, their feasibility and how they could be enhanced, the mock-up was presented to the client at an early stage of the project, allowing discussion and planning that made it easier to integrate client input.

By working through all of the data with graph suggestions, typical value ranges, expected behaviours (including possible edge cases) and also any information regarding the concepts needed to understand the data, we were able to easily understand the concept and task, and work on the solution from there in a more informed manner.

The mock-up was not designed to contain a specific sequence or define ways to show the information as this is best handled by specialist designers. However, it did make the project easier to understand for other team members, and allowed us to develop more in-depth graphs that could be adapted to the context and specifications of the data in question. The mock-up also eliminated the unpredictability and possible breakdown of designs, as all possible values were identified, and there was a clear vision across the whole display. This led to a more customised design, such as icons for each category and which values to place on the X or Y axes of the rectangle card. It also helped define what the data scientist needed to do to aid in design, for example, changing a value’s units when the value was too large or when there was actually no need to have such a specific value shown.

So there you have it: a simple solution to combining data and design for a great UX result. Data mock-up not only help to set the context and integrate client input, but they also support a more creative design process by making the project clearer, risk free and based on minimal assumptions.